GPS 1140 Circle Drive, DeFuniak Springs, FL 32435.  Panel located across the street from the front door of the train depot.)

The following is exact wording printed on interpretive panel #1 on the self-guided walking tour of the Florida Chautauqua Resort/Campus grounds opened in 1885 in DeFuniak Springs, Florida. This panel displays the history of the train depot as the main entrance to the grounds.

The depot served as the primary entry point for excursion trains during the Florida Chautauqua assemblies lasting from 1885 to 1928.  As many as 4,000 passengers a day arrived at this station during the height of the Chautauqua era.  Performing bands welcomed arriving passengers before guests advanced to the ticket gatehouse which stood next to the original depot (no longer standing) to purchase their daily pass or season ticket to be on these historic grounds.

This is not the original structure built as a depot on or near this site.  The original 1885 depot sat in the middle of what is now Circle Drive (directly in front of you.)  That structure was torn down and replaced on the site of the current structure.  No records today conclude whether the second structure was remodeled or replaced with the current one, but evidence shows that the structure before you was remodeled in 1910 to accommodate the enormous crowds arriving by excursion trains at the height of the Chautauqua era.

Below is one of the earliest known photographs taken of the Florida Chautauqua resort/campus showing an arriving excursion train to the first depot (left).  The building next to the depot is believed to be the ticket booth referenced in numerous promotional material published in the 1800s.  Note the Hotel Chautauqua to the right of this photograph. 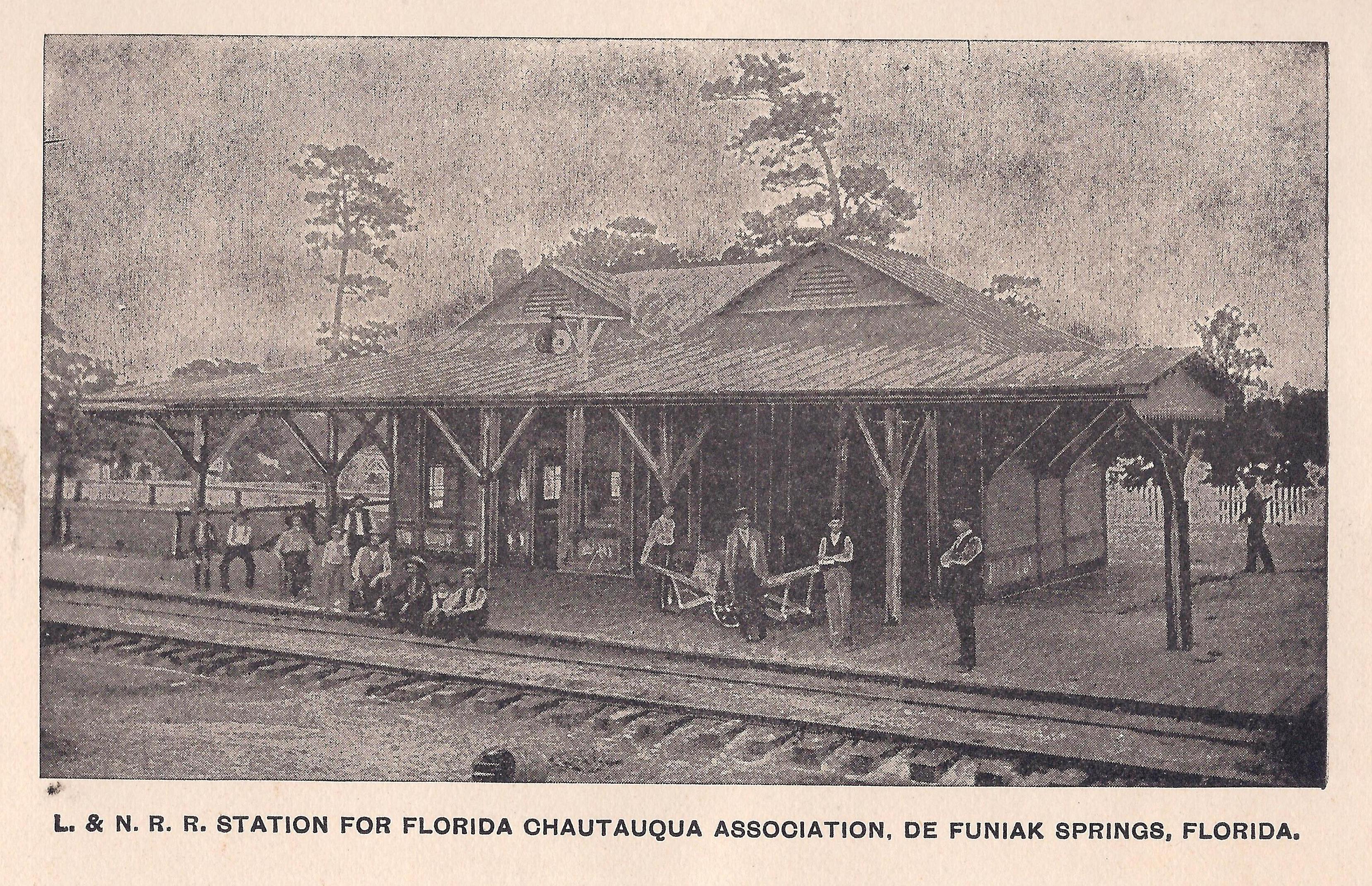 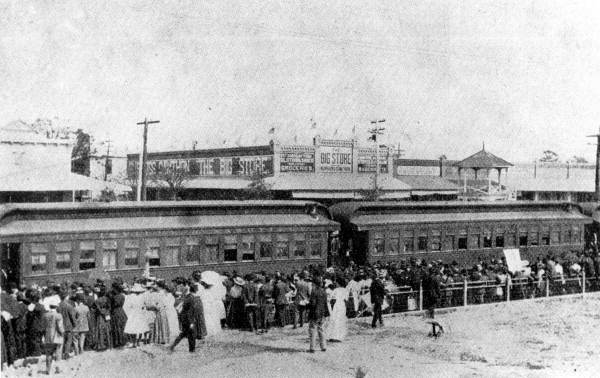 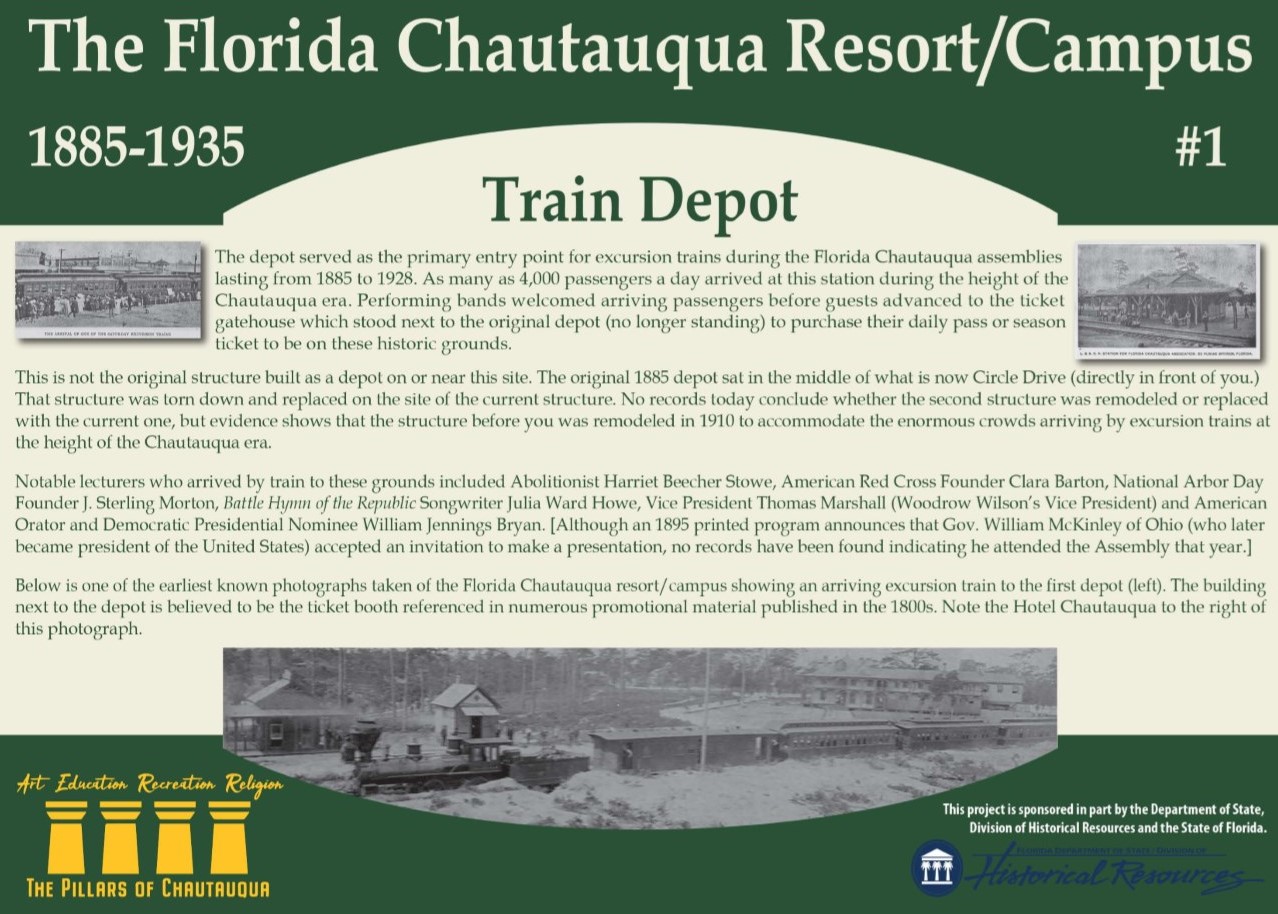