The Chautauqua Art Department was also used for kindergarten classes, as were other locations on these grounds, making the Florida Chautauqua resort/campus the earliest known organized kindergarten in the state of Florida.

The home has had only five owners since that time, and each family has left some of their original furniture in the home. Descendants of the Wallace Bruce family have contributed original furniture belonging to Wallace and son Kenneth to compliment today’s visits. 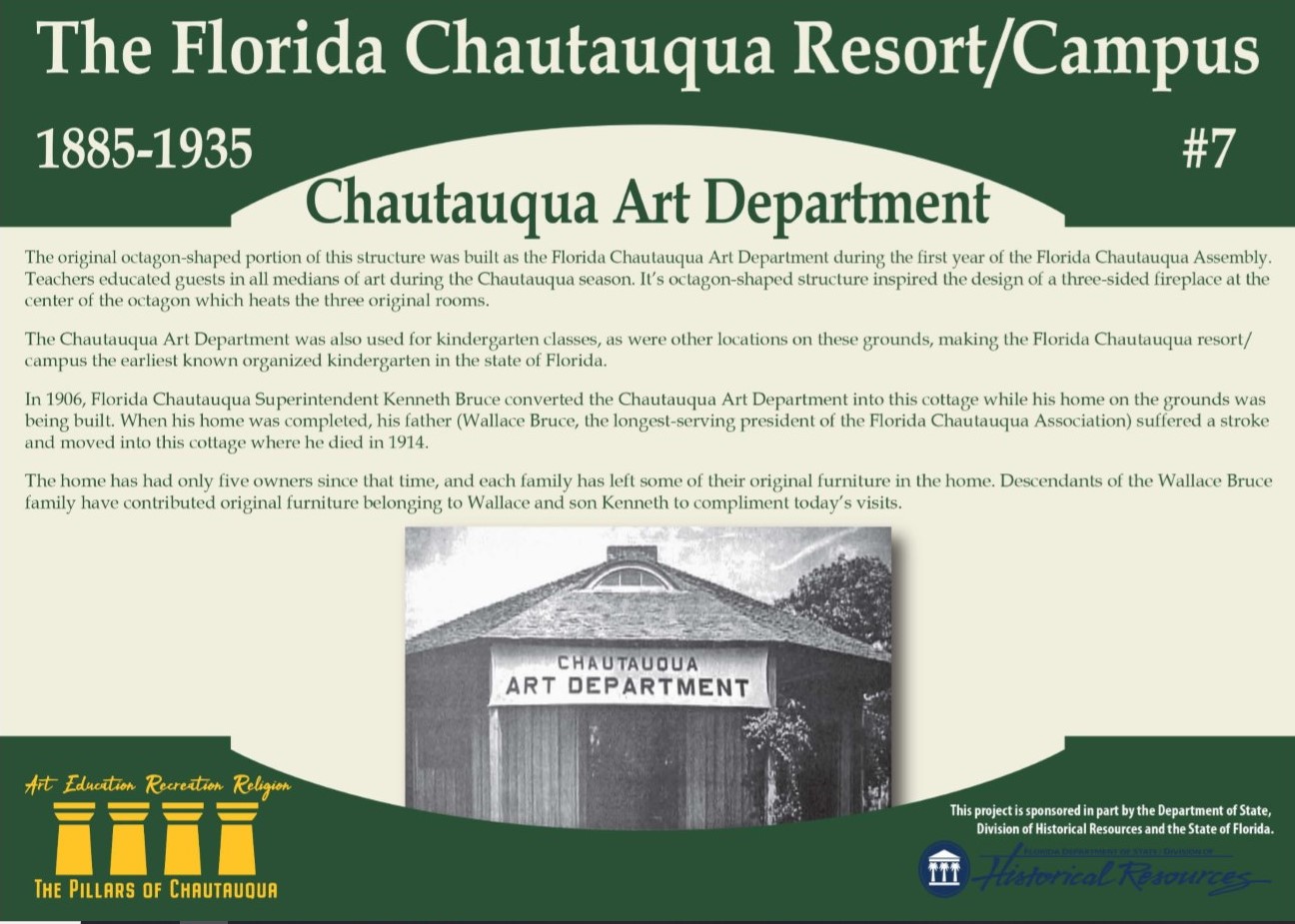