The Chautauqua Hall of Brotherhood at 95 Circle Drive in DeFuniak Springs is the grand entrance to what was a 4,000 seat auditorium.  A tornado during Hurricane Eloise in 1975 destroyed the auditorium leaving the grand entrance standing.  The structure resembles the United States Capitol made of wood and is on the National Register of Historic Places. Since 1975, it has been used as a community center for weddings, meetings, dinners, and various uses including art gallery and museum exhibits for the revived Florida Chautauqua Assembly for which the building was originally built.

To restore and rehabilitate the structure including architectural and engineering services, the installation of an elevator, new plumbing, electrical, heating and air system (HVAC), replacement of rotting wood, interior and exterior painting, installation of new bead board ceiling on second floor, lightning and fire suppression system, installation of eight ADA compliant bathrooms (four on each floor), a new kitchen on each floor, a new wood floor on first floor, restoration of original floor on second floor and installation of ADA/handicapped parking spaces with signage and sidewalk/front door accessibility.

Major funding from the Florida Division of Historical Resources with 25% match (in-kind and cash) by the City of DeFuniak Springs.

Originally, the project was anticipated to cost approximately $625,000 ($497,113 from the Florida Division of Historical Resources and the remaining costs from the City).  However, once the project officially started in 2017, the contractor concluded there would not be enough funding to complete the restoration/rehabilitation project.  Once the project ended June 30, 2018, the City had to submit another grant request for another $498,500 (with a City Match of 25%) to complete the project.  The first grant is now referenced as "Phase I" and the second grant as "Phase II."  The contractor has again concluded that another $300,000 is needed to complete the project.  The City submitted a "Phase III grant request to the Florida Division of Historical Resources on June 1, 2020 and is awaiting panel review, ranking and approval by the state legislature and governor in 2022. 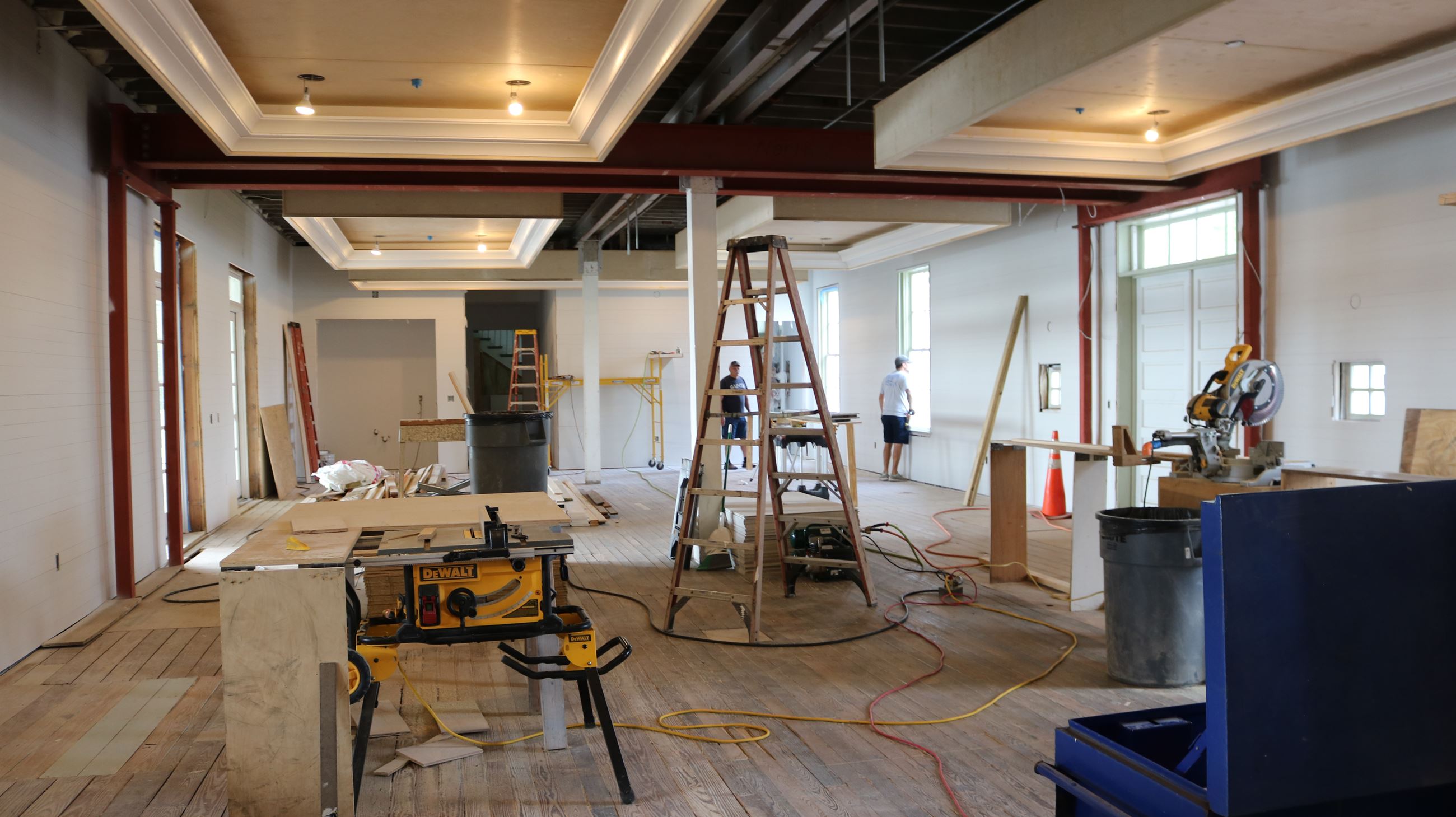